Being in discussions and close relations with the alliance since its start in June 2011, the professional audio manufacturer Yamaha has become the ninth full member of OCA Alliance. Membership had been pending due to internal proceedings at the time of the original alliance announcement.
The OCA Alliance has been formed to ensure the standardisation of the Open Control Architecture (OCA) for a wide interoperability of professional audio equipment. Since its formation in June this year the members have been working towards a final technical definition of OCA and eventual world wide standard for a media networking control system.
As with all the other members, the Yamaha Corporation was initially approached by Bosch, the initiator of the OCA Alliance, to discuss how to overcome the challenge of interoperability in the professional audio market. ‘We are glad to now be able to join this alliance, with which we were in close communications from the very beginning’, Yamaha vice-president Terry Holten adds.
OCA is not meant to be a media transport technology and not to replace evolving standards such as AVB. Instead, it is intended to complement these by providing a reliable and rich system control environment. It will be a flexible and robust standard covering the entire range of future professional media equipment, ranging from the smallest to large-scale applications.
The final goal is to become an open public standard for professional media network systems. The first step, transferring the results to an accredited public standards organisation, will, however, be restricted to the full members of OCA. Other interested companies are welcomed to join as observers and will be able to join active membership in the second phase of the standardisation process.
The members of the OCA alliance are
Bosch Communications Systems
d&b audiotechnik
Duran Audio
LOUD Technologies Inc
Media Technology Systems
PreSonus
Salzbrenner Stagetec Mediagroup
TC Group
Yamaha Corporation. 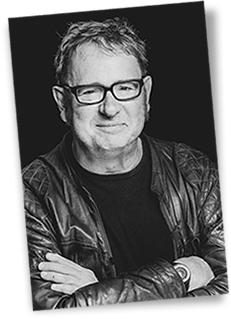